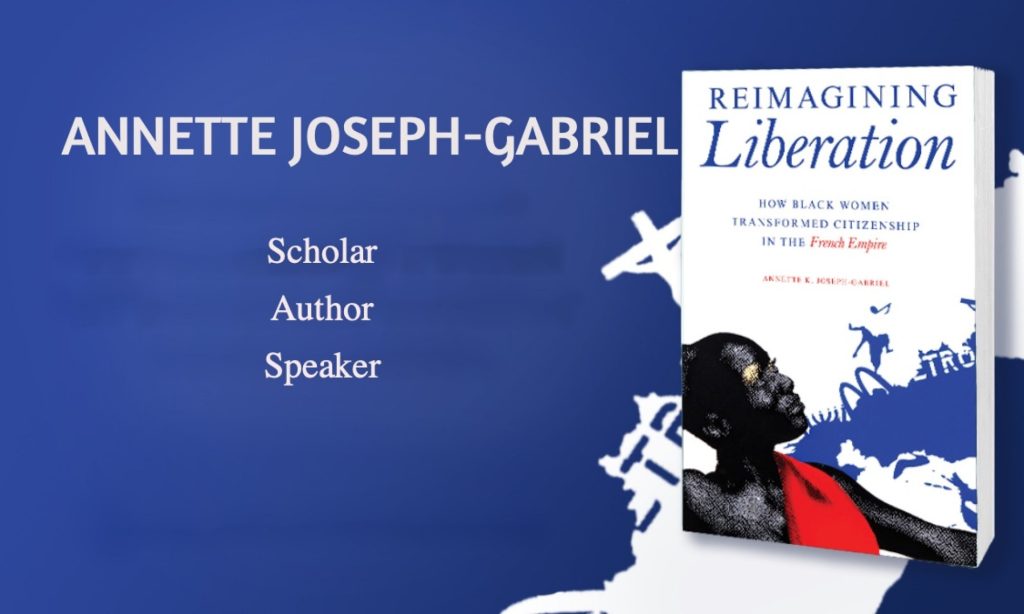 There are a few upcoming workshops in the Theorizing Feminist Solidarity/Racial Justice in Academia series:

How Black Women Transformed Citizenship in the French Empire

On November 10, Profs. Ivana Isailovic and Cyra Akila Choudhury will host Annette Gabriel-Joseph to discuss her book Re-imagining Liberty: How Black Women Transformed Citizenship in the French Empire. If you’re interested in participating, please send Prof. Choudhury an email and she will add you to the mailing list.

Race in the Academy: From Microaggression to Material Inequality

We will continue the conversation on Racial Justice in the Academy with another roundtable tentatively scheduled for October 30.

iThere are no comments

Begin typing your search above and press return to search. Press Esc to cancel.