thoughts on law, politics, and the state of the world 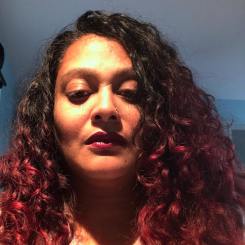 Cyra Akila Choudhury joined the Florida International University’s College of Law in of 2007, the first public law school in South Florida. She was born in Dar-es-Salam, Tanzania and raised in several countries including, India, Pakistan, Great Britain, Canada, and Kenya. She attended Woodstock School in Mussoorie, Uttarkhand, India before coming to the United States to pursue her Bachelors degree at The College of Wooster, Wooster, Ohio. During her time at Wooster, she majored in Political Science and minored in Religion and Women’s Studies. She was awarded the Leslie Gordon Tait scholarship for being the student with the highest GPA with an interest in religion and the Faculty Scholarship. She graduated second in her class and was elected to phi beta kappa. Her senior independent thesis, Partisans of the Prophet: Islamism in Egypt was awarded honors. At graduation, she was awarded the department’s Frank Miller prize in Comparative Politics and Departmental Honors. She was Wooster’s nominee for the Luce Scholarship and was a finalist for that prize in 1996.

Professor Choudhury pursued a graduate degree in Comparative Politics at Columbia University in New York. After graduating, she worked as a program associate for The National Academies, a nonprofit organization established by Congress to advise government in all policy matters. At the Academies, she conducted research on K-12 science education, supported the work of the Board on Physics and Astronomy and she was a Research Associate for a project on International Labor Law, researching and writing reports on international labor law and particularly child labor.

In 2000, Professor Choudhury was admitted to Georgetown University Law Center where she focused on business law and legal theory. She graduated from the program with a Juris Doctor cum laude (top 30% of her class) in 2004 and worked for Freshfields Bruckhaus Deringer in their corporate finance practice and the New York Legal Aid Society before returning to Georgetown as the 2005 Future Law Professor Fellow (FLP). Professor Choudhury was selected as the sole FLP fellow from a field of thousands of candidates and was the second Georgetown graduate to receive the fellowship since its inception. As a fellow, Professor Choudhury published a number of  articles: Terrorists & Muslims: The Construction, Performance, and Regulation of Muslim Identities in the Post-9/11 United States; Comprehending “Our” Violence: Reflections on the Liberal Universalist Tradition, National Identity and the War on Iraq (invited); and her LL.M and fellowship research was published as  (Mis)Appropriated Justice: Muslim Personal Law Reform, the Uniform Civil Code and the Rights of Muslim Women in India. Professor Choudhury completed her fellowship in 2008 and was awarded an LL.M. from Georgetown University Law Center. During her time as a fellow, Professor Choudhury served as pro bono counsel to a number of small arts and religious not-for-profit corporations. Her practice consisted of advising on incorporation, corporate governance, board structure, and subsidiaries.

During 2005-2007 Professor Choudhury also founded and served as Executive Director for a nonprofit organization, The Foundation for the Advancement of Women in Religion. She participated in national conferences regarding the role of women in religious communities, religious institutions, and also in departments of religion and theology in the academy. FAWR raised and distributed scholarship money to postdoctoral and junior faculty before it was disestablished in 2007 at the start of the financial crisis.

Professor Choudhury joined the FIU College of Law faculty as a tenure-track Assistant Professor in 2007. She was promoted to Associate Professor in 2011 and awarded tenure in 2013. She has taught Family Law, Current Topics in Family Law, Sales, Islamic Law, and Law and Exclusion. In 2008-2009, she was a Visiting Assistant Professor at the University of Richmond and taught Family Law, Sales, Islamic Law and Payment Systems. Her scholarship has placed in peer reviewed journals and leading law reviews including, the University of Colorado Law Review, Akron Law Review, Columbia Journal of Gender and the Law, the Michigan Journal of International Law, and Vanderbilt Journal of Transnational Law and has been on numerous SSRN top ten downloads lists. She is frequently invited to publish reviews, chapters in books and articles in special issues of peer-edited journals. As an acknowledged expert in South Asia, Comparative and International gender law, Islamic law and Muslims as minorities, she has appeared on television and interviewed by local and national media. She was thrice selected as a docent for the Harvard Institute for Global Law and Policy (IGLP) Workshop. She was awareded a grant to study female migrant labor from Bangladesh to the Gulf by IGLP. She was also awarded a grant to convene an international two-day conference at IGLP in 2014 on Heterodox Approaches to Islamic Law and Policy. The conference, co-convened with Dr. Vanja Hamzic of the School of Oriental and African Studies, brought together internationally acclaimed senior scholars and emerging scholars to discuss the Islamic Law and related disciplines. Most recently she was awarded a Fulbright Senior scholarship to research law reform in India (declined due to visa issues).

She is affiliated with the School of International and Public Affairs and Women Studies departments. She holds a cross appointment as faculty member in Middle East Studies department. She is also as Associated member of the Centre for Ottoman Studies at SOAS. She advises the Muslim Law Student Association (MLSA) and has moderated a number of law school events for MLSA and the International Law Student Association. She has presented her work in conferences such as AALS, The Harvard Institute for Global Law and Policy, Law and Society (IGLP), LatCrit, the Applied Feminist Legal Theory Conference, the ClassCrit Conference, and the Family Law Scholars Conferences. Professor Choudhury has served as a blind reviewer for peer-reviewed journals and publications in Canada, the United States and South Africa. She served as a mentor for the AALS Women in Legal Education interest group.

Professor Choudhury continues to consult on family law and nonprofit issues for private clients. She is a board member of the US-Bangladesh Advisory Committee, a nonprofit that provides policy recommendations to business and Congressional leaders.